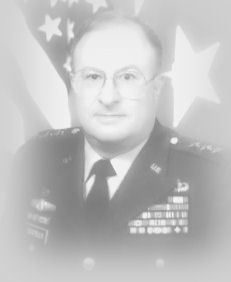 The Lieutenant General Jack Costello Memorial Scholarship is awarded in his memory annually in perpetuity to a deserving student.

Jack Costello was born in Pottsville, PA, and was commissioned in the Army in 1969 upon graduation from the Citadel with a degree in political science. Following airborne and ranger schools and a brief assignment with the 82nd Airborne Division at Fort Bragg, NC, he deployed to Vietnam. He served there in combat as an advisor to the 4th ADA Battalion of the Republic of Vietnam Army forces in Qui Nhon.

He served with the 9th Infantry Division at Fort Lewis. Following a tour in ODCSOPS in the Pentagon, he assumed command of the 2nd Battalion, 59th Air Defense Artillery in the First Armored Division at Schwabach, Germany. Costello worked in the Combat Developments Directorate at Fort Bliss. He subsequently assumed command of the 35th ADA Brigade of I Corps at Fort Lewis, WA.

Once again returning to Germany, he was assigned as Chief of Staff for the 32d Army Air Defense Command (AADCOM) in Darmstadt. Upon selection for promotion to Brigadier General, he assumed command of the 32d AADCOM. He was subsequently reassigned as an assistant division commander for the 1st Armored Division at Baumholder, Germany where he was concurrently commander of the Baumholder Military Community.

Brigadier General Costello’s next assignment was on the Army staff in the Pentagon as Director of the Army’s Roles and Missions Directorate. Upon promotion to Major General, he assumed command of the ADA School and Fort Bliss, Texas, where he served successfully for three years. He transformed the Air Defense Artillery branch and laid the foundation for the extensive future expansion of Fort Bliss. Following his promotion to Lieutenant General, his final assignment was as Commanding General of the U.S. Army Space and Missile Defense Command.

Jack Costello passed away in December 2010, leaving his wife Michelle (Micki), his son Major Patrick Costello, his daughter Adrienne Tekampe, and his granddaughter Samantha Tekampe. He was a great patriot and soldier, a devoted husband and father, and a caring and reliable friend.