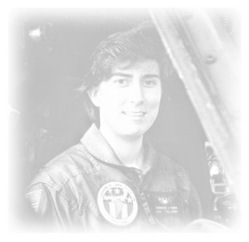 The Captain Jennifer Shafer Odom Memorial Scholarship is awarded in her memory annually in perpetuity to a deserving student.

Jennifer Shafer Odom grew up on a dairy farm in Knoxville, Maryland. After graduating first in her class at Brunswick High School, she entered the U.S. Military Academy and graduated in 1992. She became an Army aviator and was assigned to the U.S. Army European Command Flight Detachment in Stuttgart, Germany where she flew UH-60 Blackhawk helicopters. She distinguished herself by flying over 1500 hours of VIP missions and mission support for high level agencies. In 1995, Jennifer transitioned fixed-wing aircraft, and flew missions to 50 different countries. She received the NATO Medal and Air Medal for her outstanding contributions to the Kurdish refugee and Bosnia missions.

Following completion of the Military Intelligence Officer Advanced Course in 1997, Jennifer was assigned to Howard Air Force Base in Panama where she flew military intelligence aircraft. She logged another 1000 hours flying drug intervention missions in South America. Her unit moved to Ft Bliss, Texas in May 1999, but continued to fly intelligence missions in South America. On July 6, 1999, she departed Biggs Army Airfield with a 6-soldier crew for a counter drug mission over Columbia. Near the end of the mission, on July 23rd, the aircraft was reported missing. It was found two days later on the slopes of a mountain in southwest Columbia, near the Ecuador border. The entire crew was lost.

Jennifer’s impact is described best by one of her soldiers: “Captain Odom was the strongest women I ever met. She gave many women in the Army someone to look up to. She was a true role model for me.”