Posted at 03:48h in Press Release by Chelanie 0 Comments
0 Likes 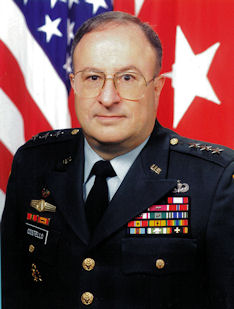 The Board of Directors of the Army Scholarship Foundation announced today the establishment of the Lieutenant General Jack Costello Memorial Scholarship to be presented annually to a deserving Army family member. This scholarship is being funded through the generous support of many of Jack’s Raytheon Company colleagues, as well as family and friends.

General Costello served for over 32 years in the Army, retiring in 2001 as Commander of the Army Space and Missile Defense Command. He was commissioned upon graduation from the Citadel and served as an advisor in Vietnam. General Costello previously commanded the 35th Air Defense Brigade, the 32d Army Air Defense Command, and the U.S. Army Air Defense School and Fort Bliss. Upon Army retirement, General Costello joined the Raytheon Company, where he led Network Centric Systems’ strategic planning and business development operations. In addition, he continued to serve soldiers through his leadership of the Raytheon Improvised Explosive Device Defeat Task Force, providing valuable solutions to the IED threat.

Donations to the Costello Memorial Scholarship are still being accepted, and will help to ensure that scholarship awards can be made in General Costello’s memory into the future.

The Army Scholarship Foundation was founded in 2001 to provide scholarships to deserving sons and daughters of U.S. Army soldiers and Army veterans, and to spouses of enlisted active duty soldiers. The Foundation is sustained by the generous donations of its supporters. Tax deductible contributions can be sent to the Foundation at 11700 Preston Road, Suite 660-301, Dallas, Texas 75230.